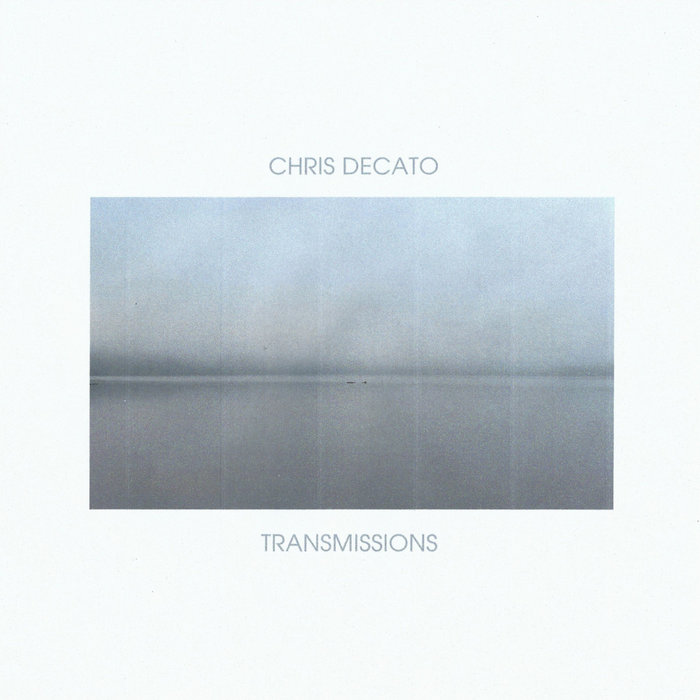 Chris Decato remembers 1988 in Portsmouth by the private hours he spent over a Tascam 234 stacking layers of guitar and pulsing synth on tape. The recordings from these sessions, Transmissions, are now available to the public via Astro Nautico on cassette and digital formats for the first time.

Mazing through clouds of arpeggiated guitar (“Spectral Interference”) and foggy Roland D-50 pads, Transmissions soothes and coaxes with youthful romanticism (“A Promise”) and somber mystery (“The Call”). Decato wrote the music as a 17 year old living with his brother in Portsmouth, New Hampshire. Decato says his tape experiments sounded like “fairy princess music” in comparison with the hard rock popular in the region at the time, so he mostly kept it to himself.

“This was stuff that I never ever thought anyone would want to listen to,” Decato said. “It was this hidden side of myself that no one knew about.”

For years, the only people who had heard Transmissions were a handful of family members, friends, and a small group of commercial video producers to whom Decato had sent his demos. When Astro Nautico’s Sam O.B. heard the recordings on a visit to Lake Mascoma in New Hampshire (as seen in the artwork of Transmissions), he fell in love with the complexity and warmth of the recordings.

The decision to release Transmissions was not an effortless one for Decato. He still contends with an inner critical voice claiming the music is unfinished. “That’s that perfectionist in everybody, I guess,” Decato said. “I had to suspend that inner critic and say, ‘Let that go. This is it. Let it happen.’”

Transmissions lives its afterlife with heightened energy. Originally composed at the crossroads of childhood and adulthood, Transmission becomes an endless origination project, part grown, part growing, a document elapsing and collapsing in reflective time. The album is historical and also oblique in its temporality. Water condenses in skyborne droplets and falls as quiet rain on a glass surface. Night falls; moonlight splinters in ripples on the water. Transmissions is a lake of spirits; a dripping anchor.