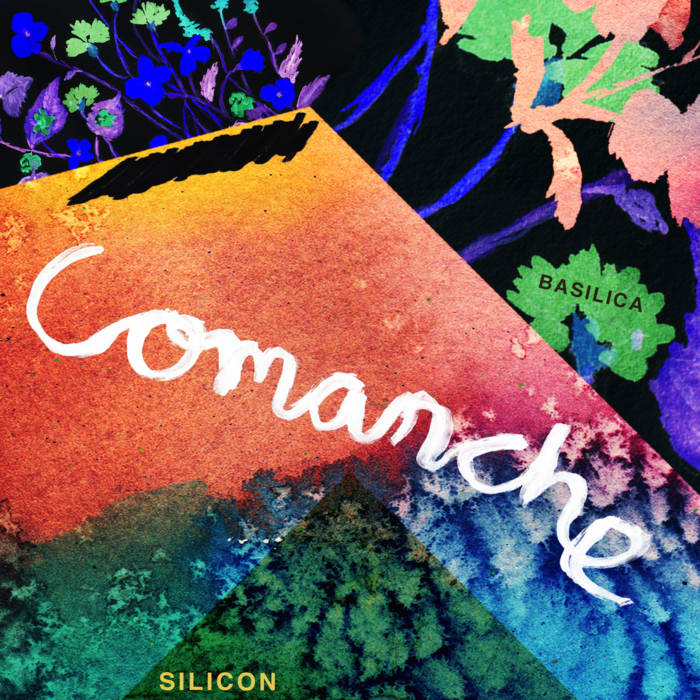 The unlikeliest music often comes from the unlikeliest places. Hailing from Minneapolis, Minnesota corporeally but the Bermuda Triangle in spirit, Comanche has been long at work in the creation of their sonically adventurous debut LP, Silicon Basilica. Having made several appearances on Astro Nautico in the past, this is an album we have been hotly anticipating.

Inventing and re-inventing classic vibes, Silicon Basilica is a tempered showcase of calculated production and stylistic time travel. The pair’s debut full-length moves quickly through disco and classic house to future tropicalia and genres that don’t exist yet, with each track daring you to identify when and where it was made. By utilizing an enormous range of organic and sampled sound meticulously blended until indistinguishable, Comanche has sculpted a record that balances electronic and acoustic elements in perfect harmony. Despite containing familiar elements of popular contemporary music, the arrangements are often unpredictable and daring.

Tracks like 'Kodachrome' and 'Strider' instantly grab you by the butt cheek and take you straight to a rooftop barbeque where the sun never stops setting. Similarly, the towering 'Bella' and 'Make It Right' (bonus track) are epic summer anthems drenched in salt-water and romantic love. On 'With You', guest vocalist Raechel gently floats above breezy production, marking the first time original vocals have been featured on an Astro Nautico release. Rounded out substantially with party jams and headphone chillers alike, there is not one moment on the album where Comanche stops to take a breath and question the righteousness of its warm aesthetic, except perhaps on the beautifully heartbroken 'No Eyes'.

Punctuated by colorful, vivid invocations of wild island life and restless exuberance, Silicon Basilica is an exercise in positivity hedged by the eternal mystery of the unknown. Like a trail descending along an oceanside cliff, it is a dizzying tour of the jungle, the beach and the village.

Most importantly, it is a celebration of love.