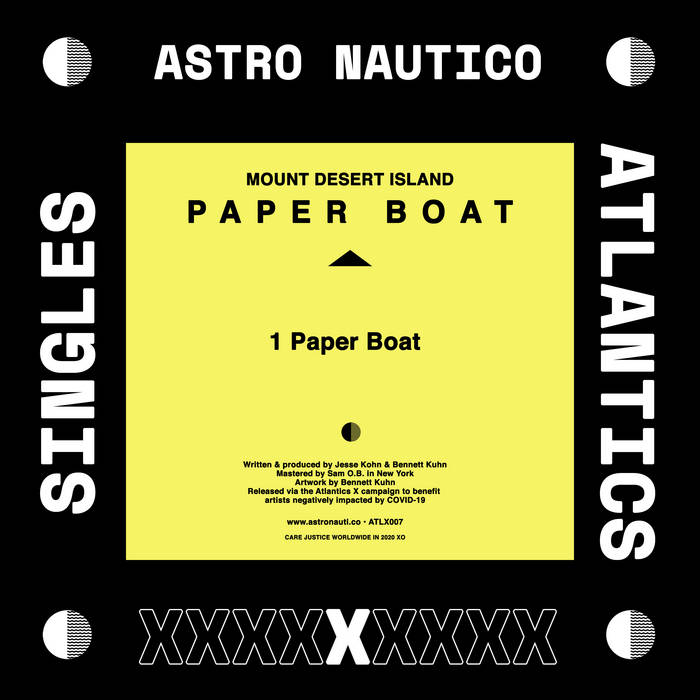 Initially recorded and produced eight years ago in a small house on the Bay of Fundy in Nova Scotia, “Paper Boat,” like all Mount Desert Island recordings to date, froze in its development for years due to a series of catastrophes and fluorescences forcing Kohn and Kuhn to ever-increased physical distance. The spell was broken last summer when Kuhn revisited draft recordings of Mount Desert Island and surprised Kohn with resurrected mixes of two full-length albums as a birthday gift.

Today Astro Nautico begins releasing finalized Mount Desert Island music for the first time ever, more than a decade after the project's beginning. Fortified by mixing from Sam O.B. in New York, the "Paper Boat" single is taken from Mount Desert Island's first full-length album, forthcoming next year on Astro Nautico. "Paper Boat" arrives through Atlantics X, a campaign to build an emergency microfund for Astro Nautico artists impacted by COVID-19 and its economic fallout (priority to BIPOC).

If each present moment is a seed for a future, then Mount Desert Island, for better or worse, was unwittingly planted to emerge in today's unfurling emergencies. May it give fruits bearing seeds containing life that nourishes life in days and nights to come.