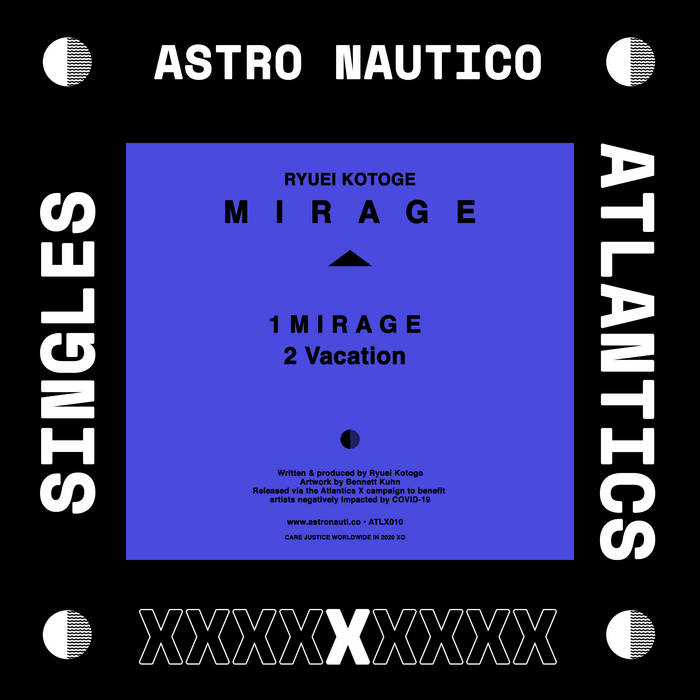 Ryuei Kotoge's M I R A G E is the landmark tenth release in the Atlantics X series. Astro Nautico's Atlantics X is a mutual aid campaign benefitting community members impacted by COVID-19 (priority to BIPOC). All income from these releases' sales and streams is gathered into a microfund paying community members up to $500 USD each according to their needs. Learn more or donate at www.gofundme.com/f/atlanticsx.

M I R A G E is the first time Ryuei Kotoge has released with Astro Nautico since his entry in the 2012 compilation 7 by 7 - Astro Nautico x Day Tripper, "a transpacific project [in which] 7 members of Astro Nautico [sampled] Kurosawa’s The Seven Samurai to create a track and conversely, 7 members of Japan-based INNIT [flipped] sounds found in the westernized version of the same film, The Magnificent Seven."