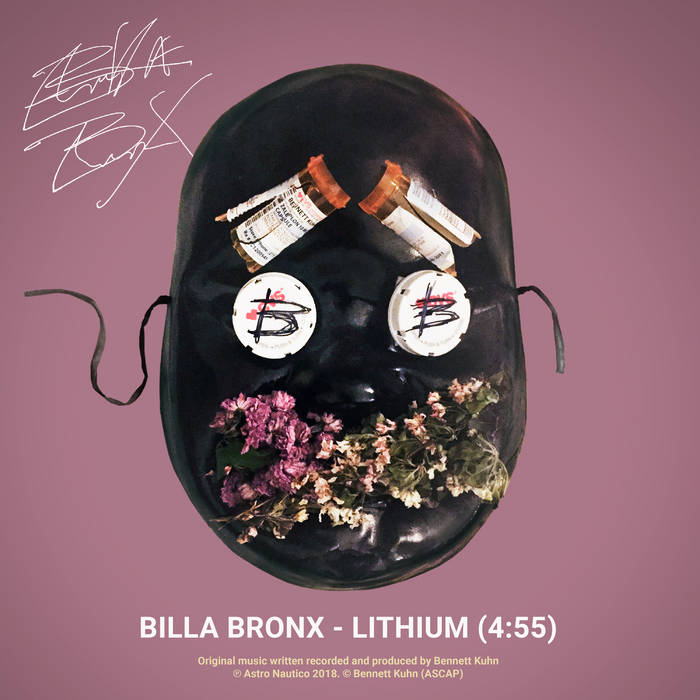 Billa Bronx’s ‘Lithium’ is a tape-driven jungle anthem driven by rebellious mourning. It is the last material to be released by Astro Nautico co-head Bennett Kuhn under the Billa Bronx moniker.

'Lithium' was born out of emotional extremes. Kuhn recorded the track during the 2012 Father Forgive EP sessions, a time when music became a drug of sorts — part medicine, part poison — used for modulating moods, defying numbness, and revolting against the fate of losing a parent to ALS. The Billa Bronx recordings were improvised using hardware synthesizers, a loop pedal, and 1999 breakbeat editing software and recorded in single takes. Today the raw kinetics of these sessions appear an Icarian flight: just months after composing them, Kuhn was twice hospitalized and diagnosed with type-II bipolar disorder.

Releasing ’Lithium’ six years later attests to the moments of precarity and pain in between as well as ongoing work of re-inheritance and becoming in affinity with other psychiatric survivors, ex-patients, allies, and grieving people. With commitment to the thought that music can play a central role in ongoing health justice movements everywhere, ‘Lithium’ is dedicated to Kuhn’s co-organizers at the Creative Resilience Collective, a health justice and design group based in Philadelphia.

Note: Recognizing that black British immigrants from Jamaica and the West Indies were progenitors of jungle culture, gross proceeds from this release will be donated to a travel fund offering cultural exchange opportunities to youth internationally. (uccollab.org)