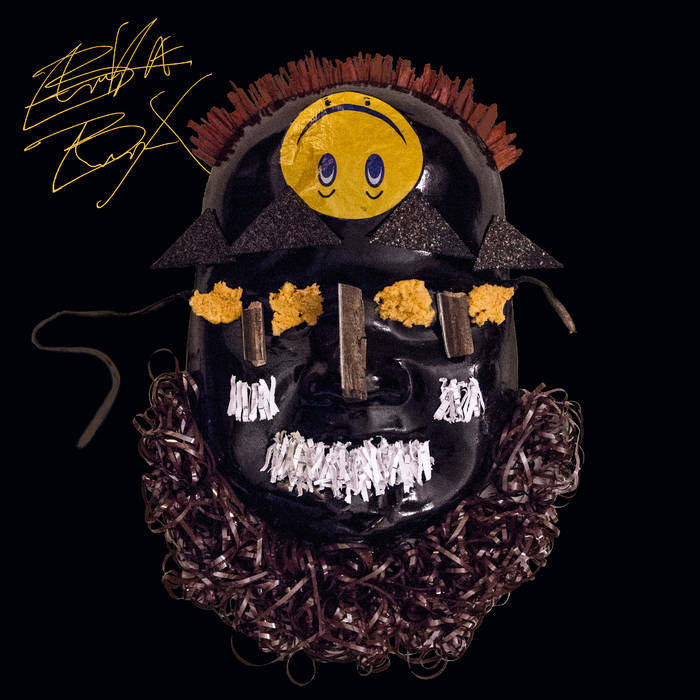 Billa Bronx is a mask of Astro Nautico co-owner Bennett Kuhn. Kuhn lost his father to ALS in 2009. 'Father Forgive' was recorded in 2012, just months before Kuhn was admitted to a psychiatric ward on Long Island in response to symptoms of psychosis and hypomania. Kuhn was diagnosed with bipolar disorder — a diagnosis his father shared. Kuhn took a five-year hiatus from releasing recorded music to convalesce. Billa Bronx comprises some of the artist’s last musical inspiration before stepping into silence.

'Father Forgive' was captured in single takes in Kuhn’s childhood home on Long Island using hardware synthesizers and loopers, effects pedals and breakbeat editing software from 1999. The only computer used was his father’s voice communication device, acquired after neurological degeneration had rendered him mute. Kuhn repurposed the machine to speak mangled drum loops in polyrhythmic contortions, articulating a visceral, damaged, wordless expression of grief and revolt.

At 28, Kuhn is now publicly outing his bipolar in solidarity with others affected by mental health diagnoses. Billa Bronx unromantically asks us to consider what role our emotional extremes play in the overall course of our health, and what power music has to temper or unleash them. “You must cross a line to know where it lies.”

*Note on appropriation: Recognizing that black British immigrants from Jamaica and the West Indies were progenitors of jungle culture, the gross proceeds from this release will be donated to a travel fund offering cultural exchange opportunities to youth internationally (uccollab.org).