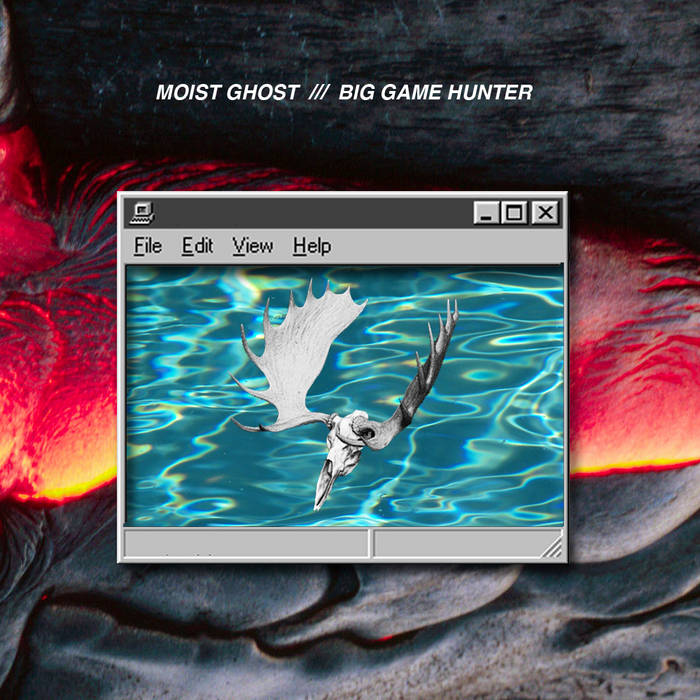 Based in Atlanta, 20-year old Moist Ghost's debut LP and Astro Nautico’s seventeenth official release - Big Game Hunter - conjures a landscape as ethereal as it is post-apocalyptic. Liquid textures and haunting soundscapes connect songs along a constellation that is oceanic in character, yet also finds roots in a dangerous, late-night aesthetic. While the album spans a myriad of musical styles, there is a clear, underlying vision to the work that is both coherent and timeless.

Meanwhile, other tracks defy categorization. "Big Game Hunter" maintains an unsettling vibe, combining sharply filtered chord stabs, poltergeist vocals and crushing percussion that literally shatter into a hypnotizing and rhythmic club tune. "Witch Doctor" opens with panned hand claps that break into a punishing mix of rasta chants and dancehall riddims which can only be described as ratchet. Glueing all of these percussive tracks together are a series of fluid-moving interludes that drench the record in a vaporous rainforest mysticism.

With pulsing remixes from fellow ATLiens Time Wharp and REKchampa smoothly rounding out the LP, Big Game Hunter is a glimpse into the swamplands of the south through a voodoo lense, a smoke-filled cave where saltwater flows into the earth. Though each track individually can be dissected and analyzed, there is an intangible aura encompassing the album both familiar and unfamiliar which lends itself to finding a comfortable home in the long lineage of future-classic electronic music.